Nexans Norway is part of the Nexans Group which has an industrial presence in 40 countries and commercial activities worldwide and has nearly 1,600 employees. The head office is located in Oslo and we have manufacturing plants in Rognan, Langhus, and Halden.

Submarine & Land Systems is a global player in engineering, manufacturing, and installing key submarine cable solutions to customers all over the world. The Business Group has manufacturing plants in Halden, USA, Japan, France, and Belgium

Nexans is a global player in energy transition. Our purpose: ELECTRIFY THE FUTURE. For over a century, Nexans has played a crucial role in the electrification of the planet. With around 25,000 people in 38 countries, the Group is leading the charge to the new world of electrification: safer, sustainable, renewable, decarbonized and accessible to everyone. In…
Ledig stilling
snarest
oslo
Specialist Engineer, Electrical

World-wide turnkey cable supplier seeks Specialist Engineer, Electrical Join our Nexans team in electrifying the future Nexans’ submarine power cables are key in the transition to more renewable energy whether connecting islands to the mainland or bringing green energy from the offshore wind farm to the grid.  In cooperation with our world-wide customers,…
Ledig stilling
snarest
oslo
HR Consultant

Are you currently studying HR and looking for a part-time start to your future HR career? Onboarding you to the Company At Nexans our global vision is to electrify the future. In our Business Group named ‘Subsea and Land Systems’ this means designing, engineering, and fabricating the worlds’ best High Voltage Cables, as well as full project execution and a…
Ledig stilling
snarest
oslo
Cable Jointer

World-wide turnkey cable supplier seeks  Senior Project Manager f or its Turnkey & Offshore Projects Section.  Join our team in Nexans in electrifying the future Nexans’ submarine power cables and solutions are key in the transition to more renewable energy whether connecting islands to the mainland or bringing green energy from the offshore wind farm to th…
Karriere.no for bedrifter 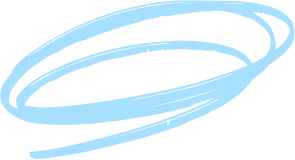